Assumption Day is a sacred holiday in South Tyrol and staying in Soprabolzano, a mountain hamlet, which is basically one with the village ‘Maria Himmelfahrt’, I expected some celebrations.

The German translation of Assumption Day is also Maria Himmelfahrt, so this, I guessed, would be the center of all festivities, and it appeared so. What I had not anticipated on this occasion however was a procession of lederhosen and dirndls, and brass music echoing through the valley. We go to Italy often and I know the inimitable feel of this country well. It’s vociferously brimming with joviality, such passion for life, fondness for marvelous food, and generous with kindness. But visiting South Tyrol, you’d never guess that this province in northeast Italy, too, is Italy.

And until 1919, it actually wasn’t. It was part of the Austro-Hungarian Empire. Then, after World War I, country borders were redrawn and South Tyrol annexed by the Kingdom of Italy. When Fascist dictator Mussolini came into power in 1922, he banned the German language and traditions, but the forced Italianization and intended relocation of the German-speaking population were interrupted by the outbreak of World War II.
It’s not a painless history to look back on, and still today, Italian and German schools remain separated, with many South Tyroleans feeling more attached to Germany and Austria than to Italy. Given the choice, after 100 years of what to many feels like forced political affiliation to Italy, they call for independence or a return to Austria.

There’s much talk of an intriguing dichotomy of Mediterranean and Alpine influences to be found in South Tyrol, a unique mix of things Italian and Austrian. Maybe we weren’t visiting long enough, but I thought the latter to be fairly overwhelming.
Which doesn’t mean we didn’t like South Tyrol – on the contrary, we’ve already booked ahead a 5-day stay this winter.
It was just very different to what we were led to expect.
Also, I never thought I’d find a place more pristine than Switzerland, but South Tyrol is a length ahead even. The region retains 90% of collected tax revenues and is the wealthiest in Italy and among the most well off in Europe in GDP per capita. (eurostat 2018)

The geographic location of South Tyrol and its cultural and historical association with its neighbors, are closely reflected in both Italian and German being widely spoken. The province is officially bilingual, and even trilingual in the Ladin speaking Alta Badia and Val Gardena valleys. Ladin is a local Rhaeto-Romanic language, the oldest in South Tyrol, spoken by about 30’000 people here, as well as in the bordering Swiss Canton of Grisons to the west – which demonstrates perfectly the arbitrariness of national borders. (suedtirol-tirol.com)

South Tyrol is unique not just in its conflicting cultural identity but also contradicting landscape. Sheer mountain face adorned with pale pinnacles that color in the orange-pinkish shades of sunset with the last daylight stand guard over this isolated, sincerely welcoming part of Italy. The region’s lush green meadows, renowned wineries and vast apple orchards, which grow about 1 million tons of apples a year, bask in the mild climate with many sunshine hours to the backdrop of the jagged peaks of the Dolomites mountain range.

The Dolomites is a recognized UNESCO World Heritage Site shared between five provinces, Trento, Bolzano, Udine, Pordenone and Belluno, and numbers 18 peaks above 3000 meters. As you can probably imagine, it’s a haven for outdoor sports and while we did some beautiful runs and walks this time, we cannot wait to explore the famed long-distance hiking trails in the area.

Gloriette Guesthouse
Luxurious, family-run hotel in Soprabolzano on the Rittner plateau with great views of Blozano and a nice, small rooftop spa

This scenic 3.5-hour walk combines two charming trails in Bolzano, the Guncina and Oswald Promenades, with views of the city, the Dolomites, and Val d’Adige, and passes by Castel Roncolo, a medieval castle perched on a rocky outcrop. At the end of summer there were wild boysenberries to pick by the side of the trail, the vineyards started to change into autumn colors and we watched farmers cut and rake hay by hand. While this is a very enjoyable walk, it doesn’t quite match Merano’s famous Tappeiner Promenade.

Take in stunning views of the mighty Dolomites to the south with dozens of 3’000m summits on this leisurely 1:45 hour walk on Rittner Horn. We started at Schwarzseespitze, Rittner Horn upper cable car station, and walked to the summit at 2’260m with spectacular 360º panoramic views. Once you’ve soaked up the mountainscape, you can return to Feltuner Hut on a path sweeping west, and once at the hut complete a figure-of-eight loop on the panoramic loop walk (Panoramaweg) passing by Round Table viewpoint, one of the most scenic picnic spots you’ll ever come across.
As many marked hiking paths crisscross this mountain, you can easily vary the length of your walk.

On your way back, you may want to stop at Lengmoos/Longomoso to visit the Earth Pyramids of Ritten/Renon. These conical pillars, some of them still topped by a boulder, are thousands of years old and have been formed by erosion – while most of the soil has been washed away by rain, the stone on top protects the pillar underneath. This natural phenomenom is found at several locations in South Tyrol, also in the valley below Soprabolzano as you can see well on the gondola ride to Bolzano.

Merano is a historical spa town northwest of Bolzano and the most tropical location you’ll find this far north in Europe. Its sub Mediterranean microclimate and plenty of sunshine, but also rain, bring forth palm trees, cacti, oleander, magnolias and bougainvillea in beautiful gardens on the Passer river, which offer a fascinating contrast to the surrounding Alpine scenery crowned with snowy peaks. Popular with European royal families, nobility and aristocrats in the 19th century, Merano has kept its elegant glamour and therapeutic traditions to this day.

One such treasured remnant of the past is Tappeiner Promenade, a scenic 4-km walk named after physician and anthropologist Dr. Franz Tappeiner. Starting in the city center, the trail meanders through exotic vegetation along the hillside of Monte di Merano, steadily keeping a hundred meters above the city, to Café Unterweger, one of several restaurants and cafés along the way. From there you can either return to Merano the same way on foot, take the bus, or follow the route we took, through apple orchards and vineyards via Thurnstein castle and Tirolo.

Map of Tappeiner Promenade in Merano

Bolzano and its surroundings boast 300 days of sunshine a year, so chances are high you’ll get to enjoy the outdoors at any time of the year. As with most places in Continental Europe, summers are hot and winters cold.

A car is the easiest way to get to more remote mountain hamlets, but public transport is often a viable, albeit slower option too.

South Tyrol, Italy
Two autonomous provinces comprise the region Trentino-Alto Adige/Trentino-South Tyrol: the province of Bolzano, known also as South Tyrol, to the north, and the province of Trento, also called Trentino, to the south.
Bolzano is not the easiest place to reach, neither by train, car nor plane. Trains run to Innsbruck in the north and Verona in the south, where you’ll also find the closest airports. We arrived by car via Davos and while crossing several high mountain passes in the Swiss Alps near the border between Switzerland and Austria was fun, it was also rather slow-going.

South Tyrol is an autonomous province in the north of Italy, bordering on Austria and Switzerland. The capital is Bolzano, from where you easily explore the Dolomites or nearby Merano. 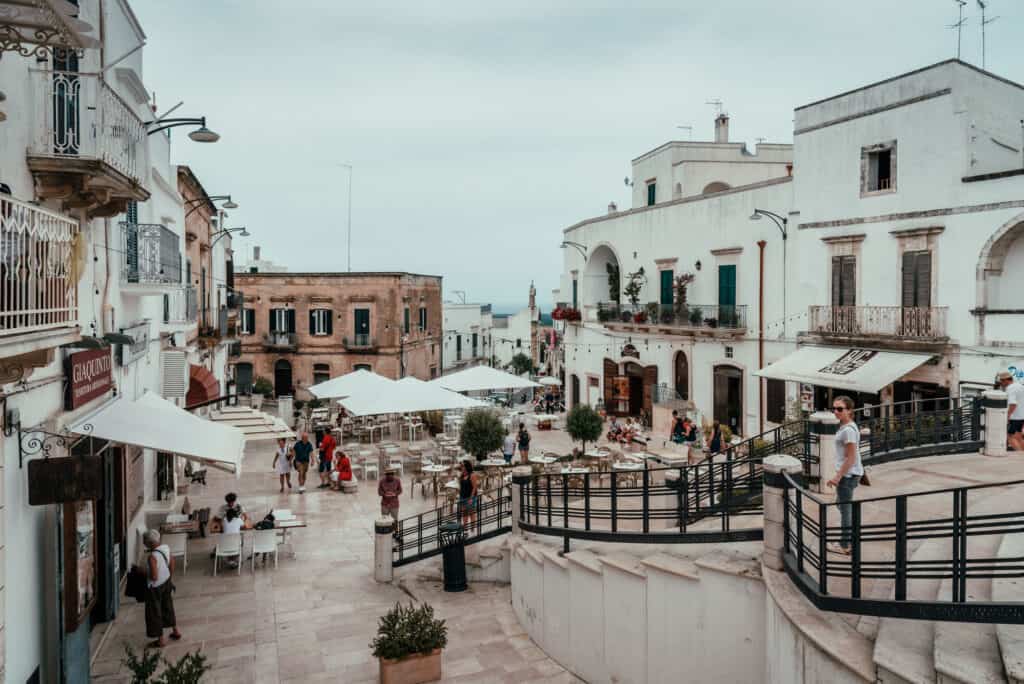 The best of Puglia on a 7-day road trip

Puglia is placed 18th on the NYT’s top list of places to go in 2019, and almost every travel account on this Southern Italian region I’ve read raves about the Puglian scenery, culture and food. I appreciate the excitement now, having spent a week traveling between Santa Maria di Leuca on the Salento peninsula in […] 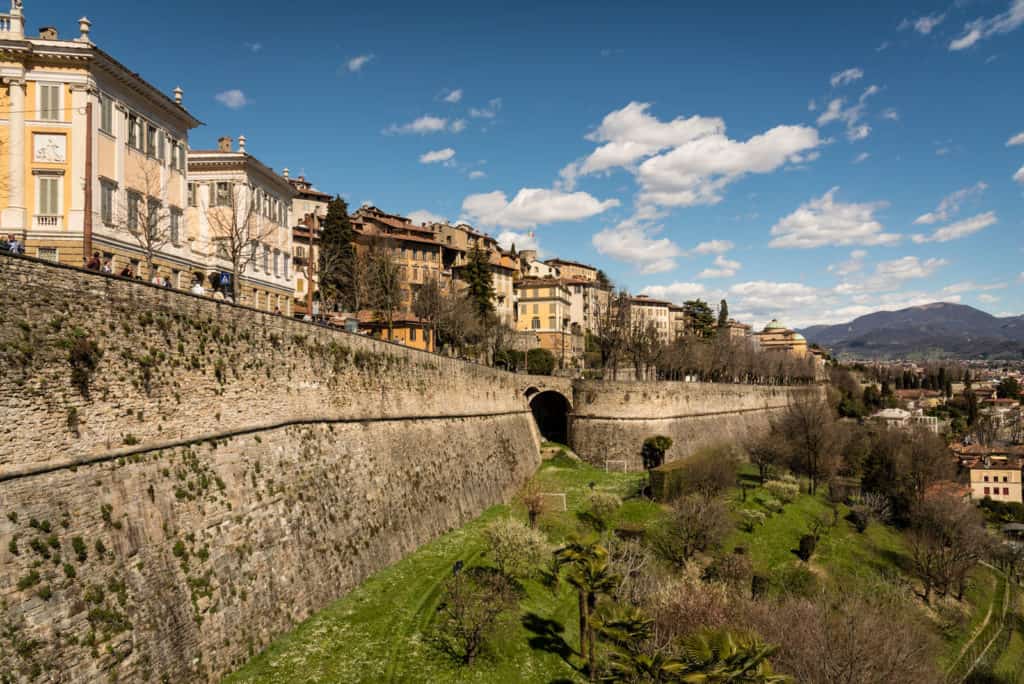 Walking Tour of the medival Citta Altà of Bergamo

It is the Celts, who are thought to have founded the ancient settlement of “Berg-heim” at the foot of the pre-Alps between the Serio and Brembo rivers that was granted Roman municipality status as the town of “Bergamum” in 49BC and today is known as Bergamo. Despite changing hands several times, from the Romans to […] 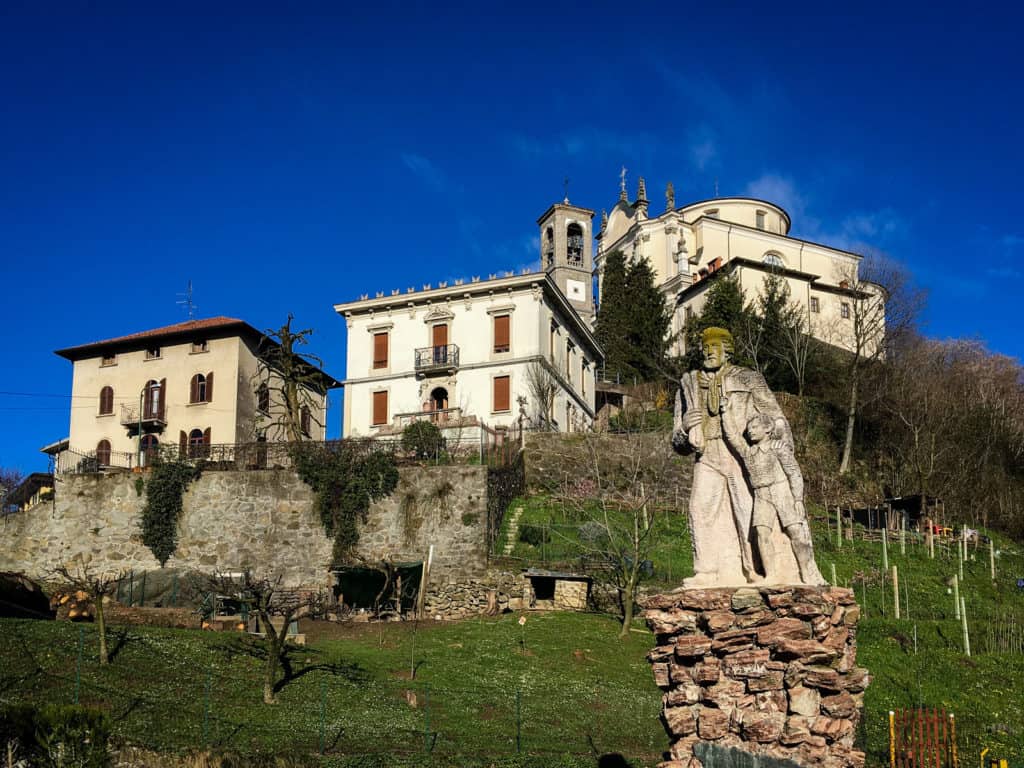 We were spending the Easter weekend in Lombardy and actually just trying to work off a large DOP pizza from the night before on this run near Ambivere but instead were spoilt with the beauty of rural Lombardy. Our first point en route, up Via Santuario, a gravel road with no traffic, was Santuario Beata […] 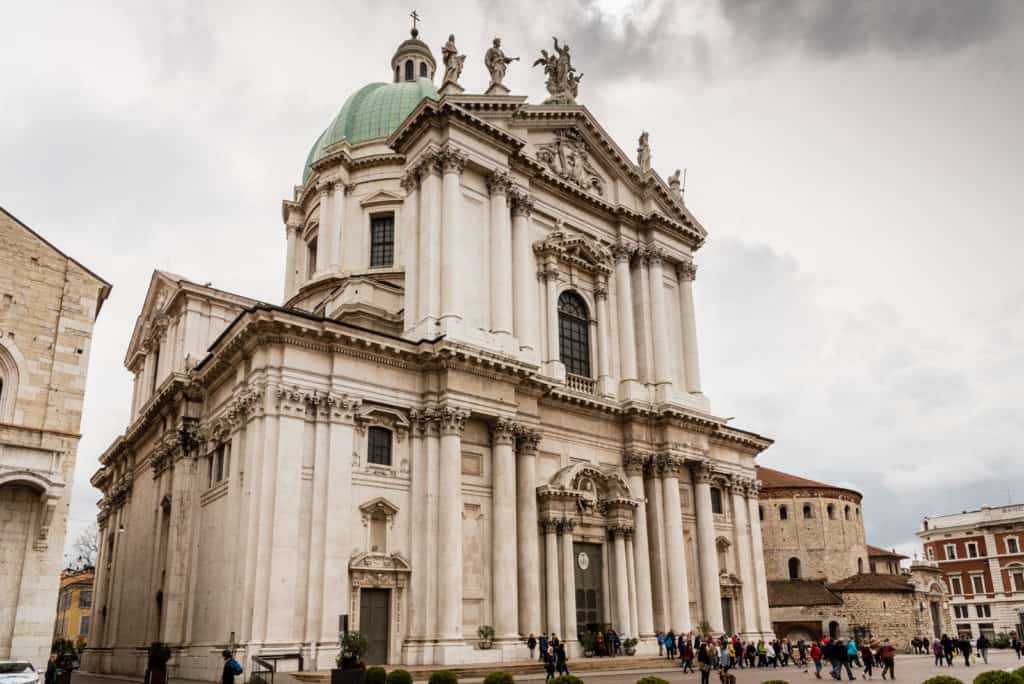 Similar to Como, the old town of Brescia in Lombardy, a stone’s throw from Lago d’Iseo, is blessed with numerous piazzas and elegant architecture. However, it also boasts some remarkable Roman remains like the Tempio Capitolino and Teatro Romano that was the first stop on our visit to Brescia and an impressive reminder of the […] 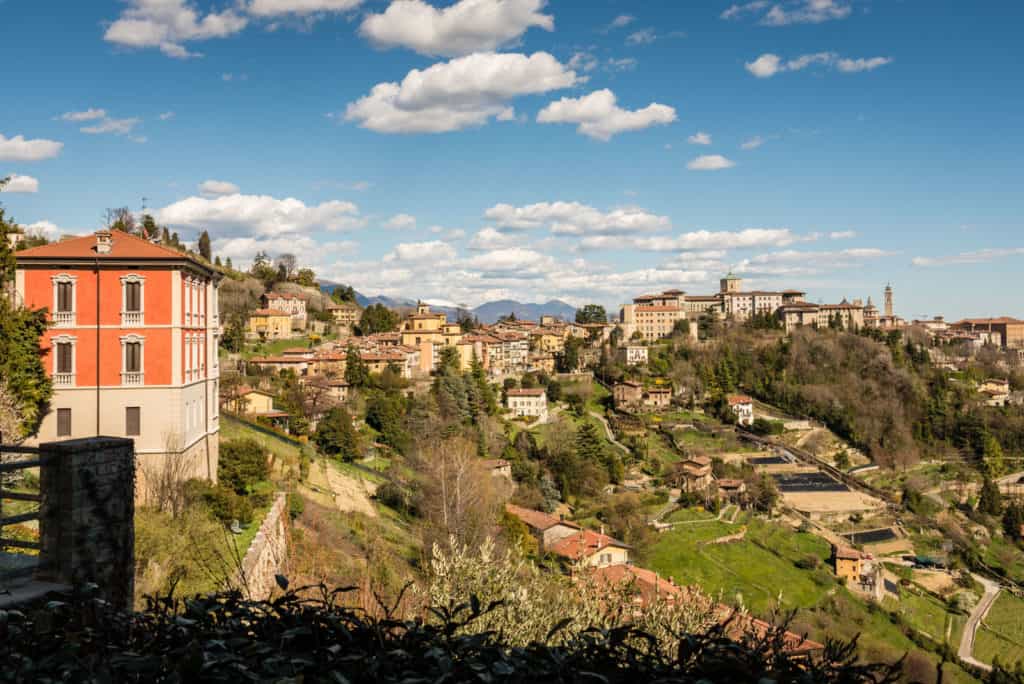 It was two weeks before Easter when we finally learnt that Tobi wouldn’t be on call at that time. We’d hoped it would turn out this way but still, at such short notice, we were almost overwhelmed by the many options that come with 4 days off work and excited, we tossed ideas about where […] 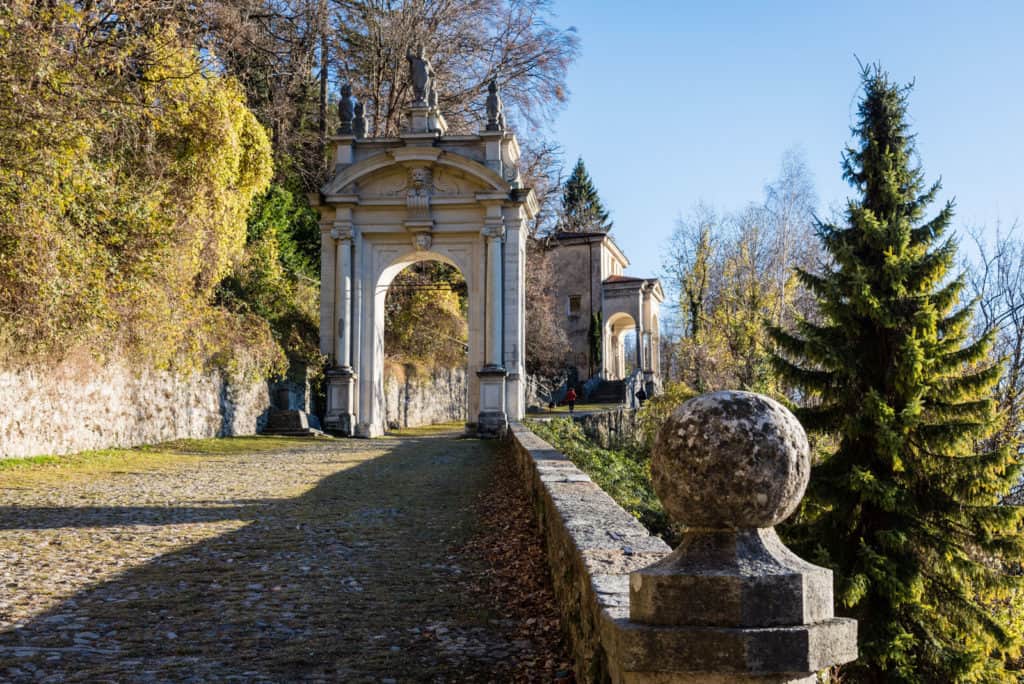 Via Sacra, the Sacred Path of the Rosemary, commences at the foot of the Campo dei Fiori mountain range, north of Varese, within Campo dei Fiori Regional Park. For two kilometres, the wide cobble stone road winds up Sacro Monte di Varese, the Sacred Mountain of Varese that is dedicated to Catholic Marian worship, to […] 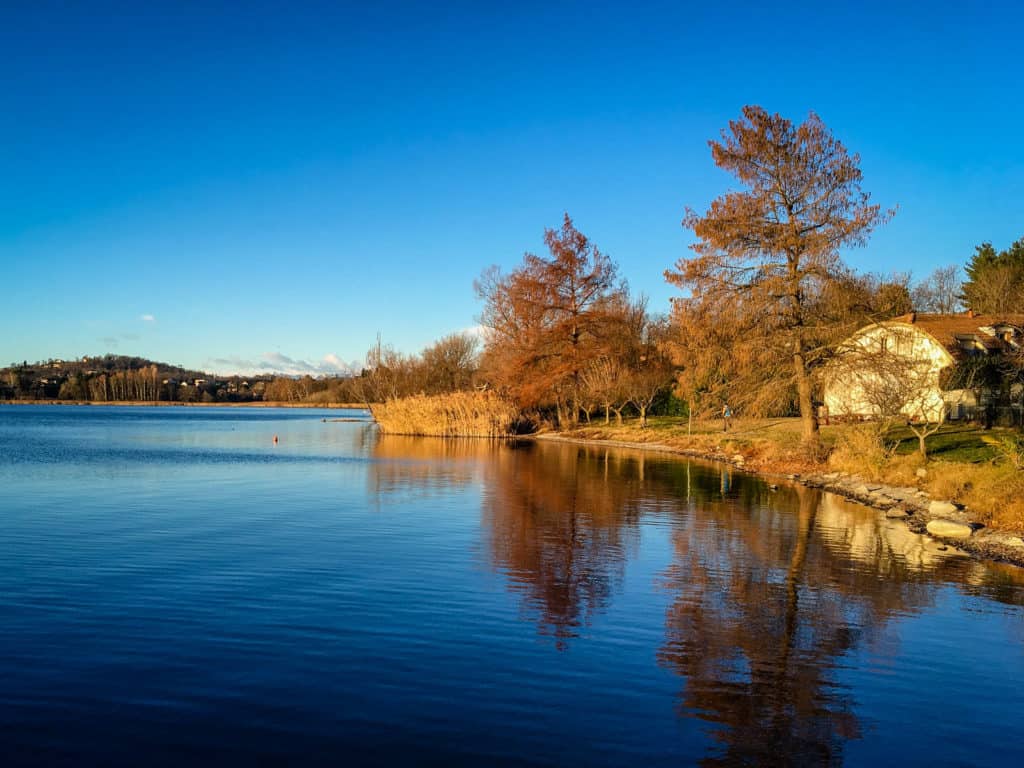 Northern Italy is blessed with a great number of famous lakes that breathe Mediterranean charm just south of the Alps. All year long, but especially in summer, they draw a campervan caravan of sun-hungry Mid and North Europeans that disappear into the Gotthard and San Bernadino tunnels north of the Alps, emerge into sunshine a […] 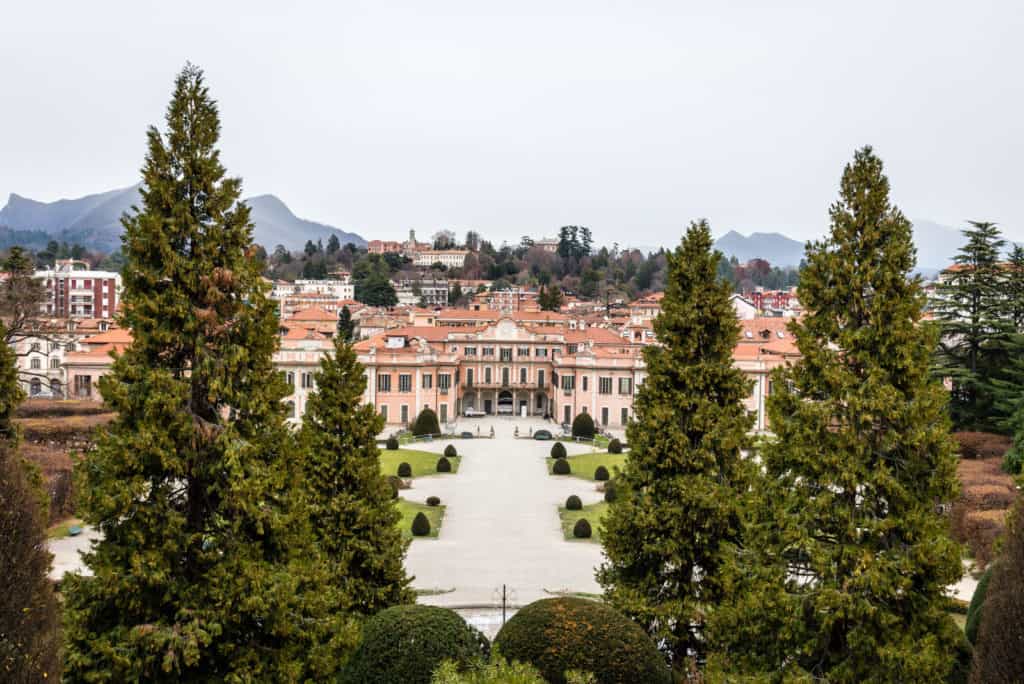 A christening in Italy or challenging the Italian stereotype

It was two weeks before Christmas and we were on our way south towards Varese, a city in the northwest of Lombardy in Northern Italy, to attend the christening of our friends’ baby daughter. Since this was a religious event both Tobi and I felt a little apprehensive. We pictured ourselves seated at a dinner […] 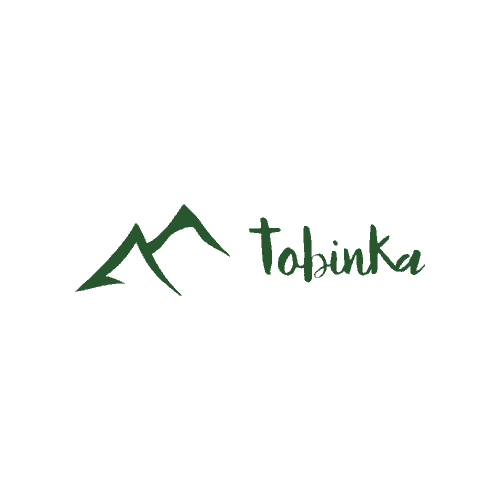 This website uses cookies to offer you a better browsing experience. By continuing to browse the site, you are agreeing to our use of cookies. Find out more.